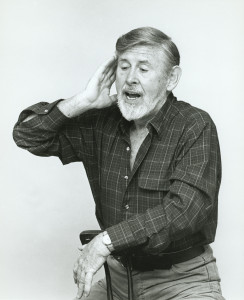 Welcome to the official Ewan MacColl website, created and curated by his family. It’s still a work in progress but we hope you’ll find everything that you need somewhere within these pages but if not, please use the Contact page or the Press page and we’ll do our best to help.

Ewan MacColl is known to most people as a songwriter and singer, but he was also of significant influence in the worlds of theatre and radio broadcasting.  He was a committed socialist all his life and his political sensibilities underpinned all his creative activities. His art reached huge numbers through the folk clubs, greater numbers through his recordings and untold millions through the radio.  Although The First Time Ever I Saw Your Face and Dirty Old Town remain his biggest ‘hits’, MacColl wrote songs for many different contexts: incidental songs for theatrical productions, commissioned pieces for labour unions or political causes, songs stitched together from vernacular speech recorded for the radio documentary series The Radio Ballads, songs for rallying, striking, marching… and, of course, songs for singing in folk clubs.
“My function is not to reassure people. I want to make them uncomfortable. To send them out of the place arguing and talking.” – Ewan MacColl

Joy of Living: A Tribute to Ewan MacColl
A double CD of Ewan’s songs, recorded by a host of well known artists, was released on October 30th 2015 on Cooking Vinyl Records.

Order the album: HERE or

We are all richer and freer because of Ewan’s songs.

The Radio Ballads are, in the literal sense of the word, wonderful ….. they changed the course of broadcasting history. What makes them so important now is that, at their best, they tell you things you don’t forget. The Travelling People is even more powerful than it was in 1964.