2015 was Ewan MacColl’s centenary year.  Events that marked this included: 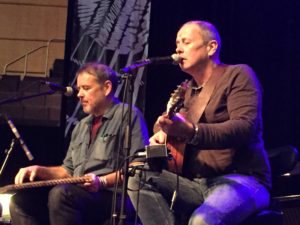 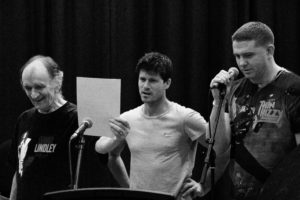 Joy of Living: A Tribute to Ewan MacColl
A double CD of Ewan’s songs, recorded by a host of well known artists, was released in September 2015 on Cooking Vinyl Records. Order the album: HERE 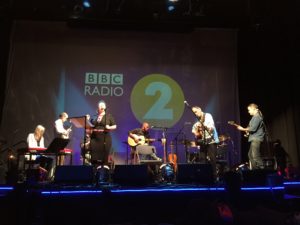 25th January: The Observer – ‘Ewan MacColl, the godfather of folk who was adored …. and feared’

English Dance & Song magazine (published by the English Folk Dance & Song Society http://www.efdss.org/) included a review article based on Legacies of Ewan MacColl: The Last Interview (the new book published by Ashgate) in the Spring 2015 issue, written by Vic Gammon.

27 March: Charles Parker Day 2105 – a celebration of Ewan’s legacy, with contributions from Peggy Seeger, Jimmie MacGregor, Alison McMorland and Geordie McIntyre.  It will take place at the Centre for Contemporary Arts in Glasgow.  Details on the Charles Parker Archive website

April 22nd – BBC Radio 2 Folk Awards.  Ewan MacColl was inducted into the Radio 2 Folk Awards Hall of Fame, marked by a special performance of ‘The First Time Ever I Saw Your Face’ by Guy Garvey (Elbow) and a band that included Ewan’s sons Neill and Calum MacColl, his grandson Harry Mead and his daughter-in-law Kate St.John.   Watch the video here: https://www.youtube.com/watch?v=DYWfTQYH8_M

May 10th – Ewan MacColl’s centenary marked in his home town
The Working Class Movement Library and the University of Salford presented a centenary tribute to Salford’s Ewan MacColl on Sunday 10 May at 2pm in the University’s Peel Hall. In ‘Ewan MacColl, his life, his words, his music’, MacColl was brought to life by Mike Joyce, Gerard Kearns and John Conolly. Gerard Kearns (Shameless) is the young MacColl, Mike Joyce (The Smiths) is the (slightly) more mature MacColl, and John Conolly (composer of Fiddler’s Green and Mr Punch and Judy Man) sings the songs. Royston Futter, Secretary to the Library Trustees, has compiled the script for this performance and selected the readings and songs, and introduced the proceedings.

If you know of any other events celebrating Ewan MacColl’s life, please let us know and we’ll include them on here. You can email us here or use the Contact page.

Countless singers and performers have been touched by his work.

We are all richer and freer because of Ewan’s songs.