In Ewan’s centenary year, the family set up The Ewan MacColl Memorial Award at the University of Newcastle. This is a financial award available to postgraduate students on either the Master of Music or the MLitt degree programme. To be eligible, students must include a study folk music within their programme.

Calum MacColl explains: “We’re really pleased to set up this award in Dad’s name.  We love what the Music School at Newcastle University does and felt it was the most appropriate department in the country for Ewan’s name to be associated with.  Ewan was passionate about education, so we wanted this award to help further the study, awareness and propagation of folk music.”

The award is funded in part by the sales of ‘Joy of Living: A Tribute to Ewan MacColl’.  Calum and his brother Neill produced this award-winning multi-artist double album in 2015.

And the Ewan MacColl Memorial Award goes to ……… 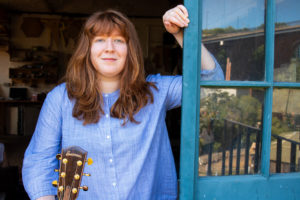 Holly Clarke is a traditional singer and musician from Coniston in Cumbria. Her research focuses on repertoire from Cumbria and she will be creating a recital of revived Cumbrian material for a modern folk audience.  She is also recording an EP of traditional repertoire, self written songs and compositions that all revolve around the supernatural stories surrounding nature.  She is also researching Scandinavian ballad and song traditions.  As if that wasn’t enough, she is starting a podcast focusing on singers and instrumentalists of her own generation, rooting out the ideas and predictions for the future of traditional music as well as discussing women’s representation in folk music.

Grace Smith is a fiddle player and clog dancer, working on research into traditional music of Northern England, with a focus on the Cleveland region. She is a postgraduate student on the MMus course at Newcastle University. She will be looking into archive material, social history and historical sources to inspire a newly created performance at the end of the academic year. 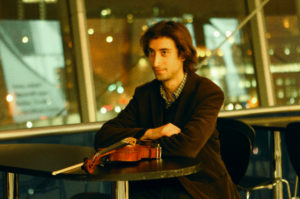 The inaugural Ewan MacColl Memorial Award was made to Niles Krieger. Niles, from Connecticut in the United States of America, was drawn to Newcastle after discovering the Folk and Traditional Music degree at Newcastle University online.

After completing his undergraduate course, he decided to continue his studies at Newcastle University with a Master’s degree. He is currently researching the connections between the folk music of the British Isles and New England and other states in the northeastern USA.

Niles said: “I am honoured to receive this award, as I have always admired Ewan MacColl’s work as a songwriter, performer and collector. Like most people, I first encountered his music through well-known cover versions of ‘Dirty Old Town’ and ‘The First Time Ever I Saw Your Face’.

“I later discovered the Radio Ballads through the involvement of fiddler Dave Swarbrick, whose playing has been a big influence on mine for years. I was captivated by the dramatic narrative and stark realism of these works, as well as by MacColl’s and Peggy Seeger’s emotive singing. Their work will undoubtedly play a role in my research, and the MacColl family’s generous award will enable me to fund my research costs.”

Niles (centre) pictured with Peggy Seeger and her children

Countless singers and performers have been touched by his work.

The Radio Ballads are, in the literal sense of the word, wonderful ….. they changed the course of broadcasting history. What makes them so important now is that, at their best, they tell you things you don’t forget. The Travelling People is even more powerful than it was in 1964.